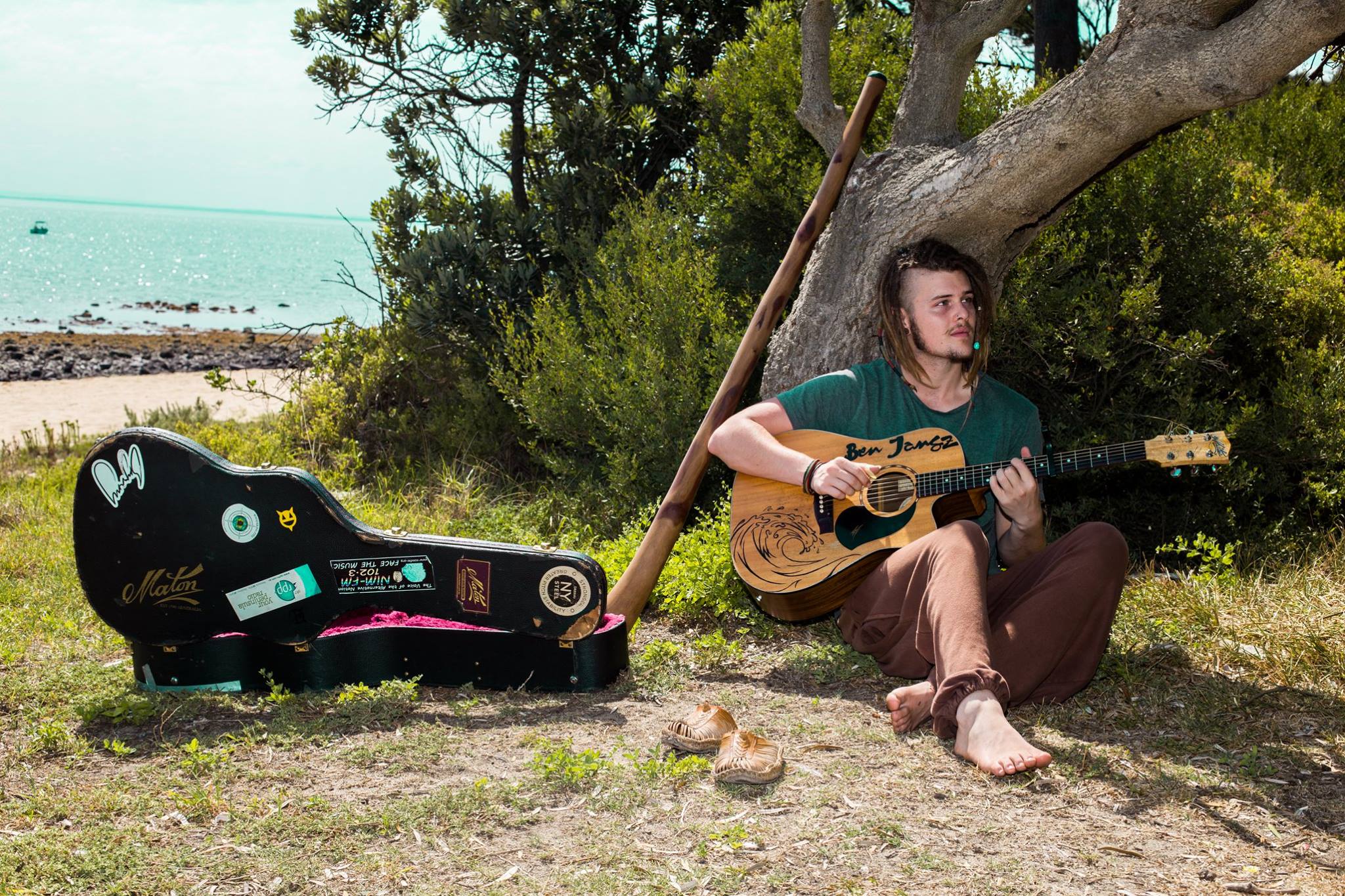 About
Ben Jansz is an Australian alternative, indie rock, folk and roots musician from the Mornington Peninsula, Victoria…
Ben was the also winner of the Gods Kitchen Tuesdays Vocal competition and Performed at the Victorian Music Crawl Tour

Biography
Ben Jansz is an Australian musician from the Mornington Peninsula, Victoria. Given his first guitar at the age of 10, Ben only ever wanted to indulge, perform and experiment in the world of music since he can remember. At the age of 16 he acquired his first residency as a live performer and ever since has gigged all around the Mornington Peninsula, Melbourne and regional Victoria.

In 2015 Ben decided to get out and travel the East Coast of Australia on a self-funded tour/ journey of self-discovery. Throughout his journey he gigged all up the East Coast till he made it to Byron Bay where he met Ben Taggart (Benjamin K Taggart) and Michael Aragon busking on the streets, they called themselves ‘The Bengel Tigers’. He then performed and experimented for a few months with The Bengel Tigers till Ben Taggart left to continue his own journey overseas. After that Ben Jansz formed ‘Lions Eye’ with percussionist Michael Aragon and continued performing around the Byron Region for another few months. Having written and recorded his first EP on the Gold Coast he made his way back down to Victoria to release the EP. Since returning Ben Jansz’s reputation has boomed in music world down on the Peninsula, getting his first ticketed event supporting one of his greatest inspirations Kim Churchill.

Ben Jansz’s style and sound is a combination of Blues & Roots, Folk, Rock, Indie, Reggae and Alternative inspired by some of his main inspirations such as John Butler, Kim Churchill, Foo Fighters, Bob Marley, Xavier Rudd, Matt Corby, Sticky Fingers plus many many more the list goes on. He’s been said to sound like a good combination of his inspirations with his powerful and controlled vocals and talented Folky/Rootsy guitaring skills. Living by his words ‘tomorrow I’ll be better than yesterday’ Ben believes that the only person you should strive to be greater than is yourself, making the possibilities for self-growth limitless.