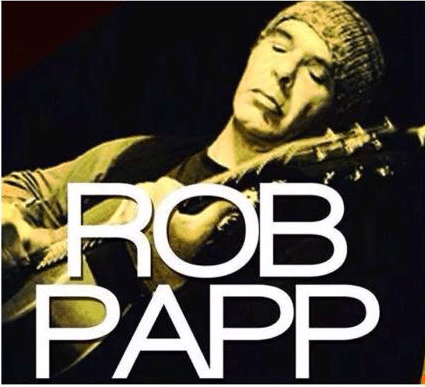 Rob Papp is a singer-songwriter and legendary guitarist with many years experience performing in bands, duos and solo gigs, and as a studio recording artist.
Rob first arrived on the scene as a young apprentice, at age 16 Rob was playing in ensembles with College of the Arts founder Bruce Clarke who mentored Rob in the art of playing Jazz.

In 1981 Rob travelled overseas to study music at GIT In Los Angeles, where he got to meet and play with many music legends including Joe Pass and Tommy Tedesco.but it was the contact with guitar legends such Steve Vi and Robben Ford that changed Rob’s direction in music.

Pappy returned home determined to share his musical knowledge and skills and so established Blue Note College of Music in 1988, most of the teachers at Blue Note were pro players working in the thriving music scene in Melbourne, and many of the students are today carrying on the legacy of playing and teaching music.

He has also entertained audiences at The Melbourne and The Sydney Arts Centre, Crown Casino, The Highet Hotel, The Entertainment Centre and most of the Mornington Peninsula Wineries, plus far too many bars to mention.

Rob is Blues Guitar Legend, but his music is also influenced by the Jazz greats, which creates a unique style for an exciting blend of Blues/Fusion and his vast experience and dedication makes for a very exciting and talented performer.